In the third and final part of the series, we review additional best practices for building new environments in the cloud.

When using Object Storage, it is recommended to follow the following guidelines:

·       Enable audit access on Object Storage and store the access logs in a central account in the cloud environment (which will be accessible only for a limited amount of user accounts).

·       It is highly recommended to encrypt data at rest on all data inside Object Storage and when there is a business or regulatory requirement, and encrypt data using customer managed keys.

·       It is highly recommended to enforce HTTPS/TLS for access to object storage (users, computers and applications).

·       Avoid allowing inbound access to cloud environments using protocols such as SSH or RDP (in case remote access is needed, use Bastion host or VPN connections).

·       As much as possible, it is recommended to avoid outbound traffic from the cloud environment to the Internet. If needed, use a NAT Gateway (such as Amazon NAT Gateway, Azure NAT Gateway, GCP Cloud NAT, Oracle Cloud NAT Gateway, etc.)

·       As much as possible, use DNS names to access resources instead of static IPs.

Advanced use of cloud environments

It allows consumption of services, rather than maintaining servers, operating systems, updates/patches, backup and availability, assuming managed services in cluster or replica mode is chosen.

Common Infrastructure as a Code alternatives:

If you use the best practices outlined here, taking off to the cloud for the first time will be an easier, safer and smoother ride then you might expect.

MarkeTech
Cloud Computing
How to run HPC in the cloud?
How different is it from running a local HPC cluster? 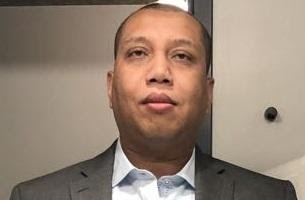