The hero is dead. Long live the hero!

The hero is dead. Long live the hero!

How toxic behaviours in your organisation hinder growth and lower the quality of your work. And what to do about it.

First of all, let’s establish something — being a Hero is a good thing. They live among us, they drive firetrucks, saving kittens, and they save lives. They work hard to study to become doctors and scientists to invent the next treatment to cure any ailment that comes down our way. Or they become nurses takin§g care of patients or teachers forming young minds. They are protesters, raising a voice or journalists amplifying it. But being a hero can be a bad thing, too, especially in software engineering and digital delivery.

Secondly, let’s agree on something else. Every change is an IT Change. Period. Yes, this is a blanket statement, but we have to admit that most customer journeys are moving to digital ecosystems.

Right now, most enterprises rely on IT change to manage their finances, their Human Resources, their marketing, their tools, their metrics, and so on. And this IT change is needed more than ever. The past two years have proven to the most opinionated people around this that moving certain things quickly to a complete end-to-end digital journey is possible. Prescriptions, healthcare, education, dating, shopping, collaboration… most of them existed in some form of function in digital or required an IT component, but it’s probably the first time in a long time that peoples ideas about what is possible that are challenged and we started talking about a complete end-to-end digital journey. And now, we have seen that there is digital transformation in the most “traditional” industries like banking, pharmaceuticals and education.

According to McKinsey, in most regions of the world, the digitalization of businesses was accelerated on average by three years. The average share of digital customer interactions increased to 58% by July 2020 from 36% at the start of the covid-19 crisis.

Faster, better and more financially stable products and solutions need to be rolled out more than ever. This can mean many things for people working in digital delivery, but most importantly, we will be employed in the near future. We will probably consume even more coffee to stay up because the truth is that we simply cannot keep up with the rate of IT change we are trying to bring to the market. We will do it for sure, and we will be the heroes for it! Ok, people will not clap every day at 8 pm for 5 minutes. Still, C-levels will recognise our teams for bringing another digital journey to the market, and the transformation we introduced along with innovation and compliments will shower us by the business.

But what is a hero, you might ask. Well, a hero is a good thing, right? If you google and find the definition of Hero, you will find that a Hero is indeed a very positive term. They have been through wars, and they are celebrated for it; they are the centre of attention, and ultimately they are the good guys that we have to sympathise with. They are the most critical team members because they know…

Thankfully most of us are not in a war zone and we are not Ironman… but we are in war zones called IT Change.

The real definition of the Hero, at least how I see it, is that in teams dealing with IT Change and delivery:

A hero is a person that will always be there for you. And they will be with you solving a problem over and over again.

And you usually will not have to ask how they solved it, because ultimately they will save you the next time something goes wrong. And yes, everyone will celebrate them for saving you. And also, they might get special treatment. Not because they are better than everyone else in your team, but usually, what happens if they leave an organization is a pain for all. The gates of hell will open, and panic will ensure until the next hero emerges to save the day.

Heroes come in all shapes and sizes, but they all have similar traits and behaviours:

Do you recognize this person? I know I do because I was that person in my career. And I was vocal about that and being that hero. So vocal that I used to put Facebook posts about it 😥

It was me, expressing to the world that I was a Hero….

Probably I was doing a hardcoded production code change on the fly while I was preparing for the go-live of a site.

Many things have changed, but I cannot help but ask myself, “have they?”

I mean, in September of 2021, I had to wake up at 3 am to oversee a deployment. Ok, there was no hardcoding, but still a system had to be taken down, step by step instructions had to be written for the operations team on a confluence page, and a regression testing to happen by a team of 4 with a window of opportunity of 2 hours between deploying and saying… “ok we are fine now… let it be live” or “rollback, we fucked up”.

So asking again, “have you been this person? Or do you have a team member that had to be this person recently?” Answer truthfully.

The reality is that I don’t regret being this person. The person who has written complicated code without realising that it was hard to maintain or I have developed something on the fly because the first time it was tested, it was in production and/or it was a hotfix (that became permanent!) because I didn’t have the test data until then… or even work in a production environment that was the staging environment until the day it went live, and the next time I had to change something, it was a pain in the neck.

It wasn’t out of malice, and it wasn’t on purpose. It was just the symptom of a systemic problem. Heroes of this kind are the victims of a changing system while pressure to deliver is increasing tenfold by the year, and their leads don’t have the steering required to do this strategically. This has an impact on individuals, teams and organizations. And finally, to business. The impact can be summarized:

And to innovate you need to be able to close the feedback loop, but we see that most traditional enterprises are having a linear approach in IT delivery. Also known as “over the wall”. And I am not going to explain concepts about agile vs waterfall. But in simple terms...

How many times have we seen this scenario working?

And if it appears that is working, what have we sacrificed for it? Was it long hours? Was it manual work and manual testing? Was it budget? Was it mental health? Did we say to our Change Approval Board that “oh it will be grand… it’s only a low-risk change you know…”. Have we intentionally lied to them?… Did we lie to ourselves? Are we the Hero? Oh, we are.

There is nothing good here. You sacrificed something and the problem always is between connecting the developers and the operations. It’s not a technical problem. It’s a cultural one.

And you are definitely not the Hero. A DevOps culture can be. And to change towards that culture, we have to solve the most common challenges that organizations have when trying to implement a real DevOps implementation.

Organisational structure issues are probably the “easiest” ones to solve, but a joint agreement is to be reached. DevOps is an evolution, not just a toolkit, and in organisations, we observe that:

This transformation is not just a matter of getting the Development and Operations streams working together but also transforming the organisational culture, processes, and technologies. So any change must involve all levels of an organisation with full support from the organisation’s leadership and management

After buy-in and the necessary structural changes, processes about how we approach change in an organization have to be addressed and audited. What is observed:

Culture in organisations is what DevOps is trying to change by being the enabler. Changing cultures is the most difficult due to:

And to change culture you first need to have sponsorhip and a success that you need to ride and be the vehicle of change.

In a perfect world, everything would be automated, easy, secure, independent and data-driven. Testing of any kind would be an easy habit; merging code would happen confidently. A security review wouldn’t be an afterthought, but it would shift left and not happen in isolation. Releases would be frequent and fast, and getting something live would be a code commit and be as simple as turning on a feature toggle. Finally, our work would be traceable, and incidents would be easy to pinpoint because we would have the tools to see precisely where the failure is. And all this would be supported with dashboards, tools and APIs that the team would use and necessarily service requests to a remote operations team.

And if we take a step back, to achieve and prepare ourselves for a DevOps culture change, we have to:

This is the change that a DevOps mindset is asking for. Not to make developers act as operations, but connect better the Operations with the Development teams and give both the tools to work efficiently wether they are developing something for the first time or responding to an incident.

What should you do next?

Every organisation has a different level of maturity. Assuming you are leading an organisation with some tools already, you have to have a strategy if you want to improve. So first things first:

Heroes are everywhere and it’s not because they want to be, but usually because they are at the right place at the right time. But in software engineering, what teams and business like the most is predictability. So how might we turn our organisations into environments that thrive in digital delivery with DevOps as the enabler? And how might we change our organisations to places that they don’t need heroes? 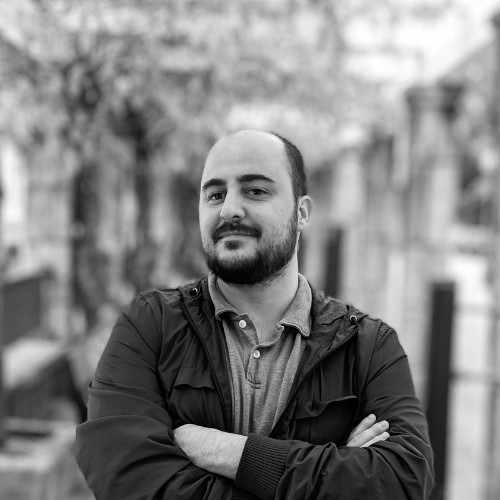 I am with EPAM and I am looking forward to building teams and contributing to the strategy of organizations by driving innovation and excellence through delivery with well-engineered creative solutions.

I consider myself a problem-solver and have a can-do attitude and my motto is "everything can be done, if you try"

Cloud Computing
Failure Is An Opportunity: The Reality of Incident Postmortem
In this article, I will share my perspective about performing incident postmortems. I will cover both the tactical aspects of how to actually run the process, but more importantly, I will try to convince you that incident postmortem is a unique opportunity to gain strategic insights into our product and our team. Ready?

Cloud Computing
Week at a Glance - Cloud Computing #90
We will share the summary of the Week with the news of the cloud in the world!

MarkeTech
Cloud Computing
Week at a Glance - Cloud Computing #89
We will share the summary of the Week with the news of the cloud in the world!

MarkeTech
Cloud Computing
Week at a Glance - Cloud Computing #88
We will share the summary of the Week with the news of the cloud in the world!

MarkeTech
Cloud Computing
Week at a Glance - Cloud Computing #87
We will share the summary of the Week with the news of the cloud in the world!

MarkeTech
Cloud Computing
2022 Technology Trends - What is your best bet ?
The adoption of cloud solutions has become the order of the day, with cloud-based operations becoming standard operating procedures for many organizations. This shift in how organizations do their day to day work is having a ripple effect in the technology industry. 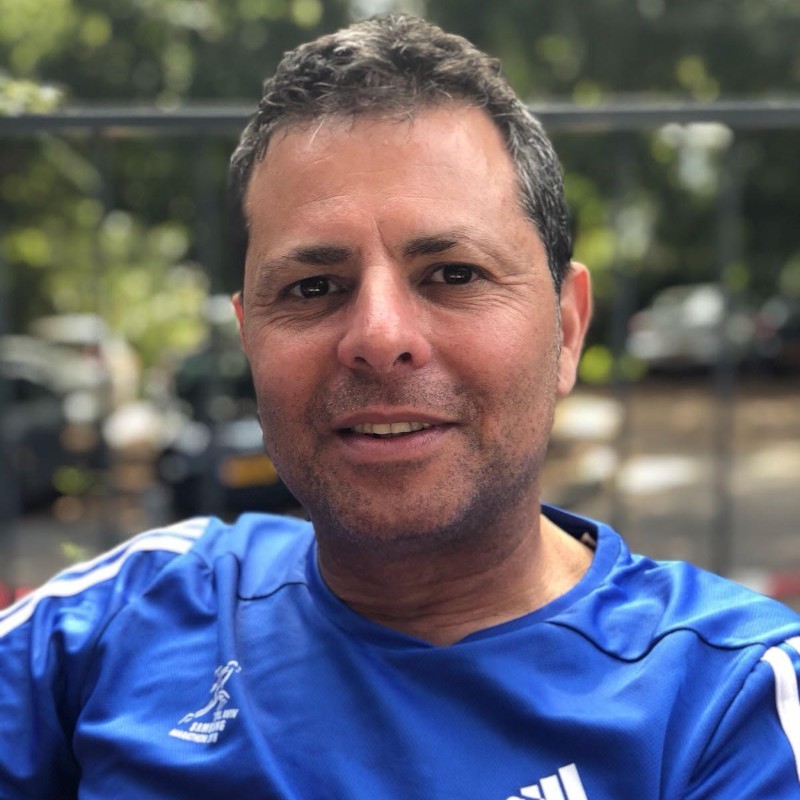