I thought I would write up some thoughts from last week’s Re:Invent AWS Conference in Las Vegas.

First, I thought the conference was really well organised. It can’t be easy to organise an in person event for 40,000 people in these times of Covid. Yet I found everything very slick, registration was very slick, the helpers with flags very useful, the Expo hall was good and even the frequent walks between the Venetian and the Wynn no worse than most conferences I’ve been to (but with added exposure to sunshine).

In terms of big announcements I think this was a Re:Invent of evolution rather than revolution. The announcements around sustainability reporting dashboards and architecture pillar are very welcome, both AWS and Amazon have done some great work in this area but we needed way to expose these in application deployment and I think AWS delivered here. From an enterprise IT management tooling point of view Inspector Next was my favourite of the announcements, scanning running instances, containers and container repos, without having to deploy an additional agent is huge for us and this looks like a well thought out and fleshed out product, thanks team. I also liked deploying landing zones with Terraform, hopefully the start of more Terraform integrations from AWS. I had the same discussion a number of times at conference, to me it doesn’t matter if Terraform is slightly better than Cloud Formation or vice versa, it’s the skills of developers we can hire and I’d say at present Terraform has 10x the market share of Cloud Formation. There was a lot of good fleshing out of networking too, there are a limited number of people who will be excited about viewing your deployed IP address ranges in one place but for some of us that will be a massive help.

I thought the FSI track was well organised, the round table discussion on the Monday was an excellent way to kick this off. It’s really interesting to discuss with other organisations how we manage compliance structures and conversations with our regulators. I don’t think I’m breaking any Chatham House rules by saying a lot of our conversations revolve around finding people anywhere in the world with the Cloud Skills we need and why AWS sometimes needs to invent then simplify as well as add more features. I’m hiring BTW, so if you want to work with a really cool FinTech team inside one of the world largest and most diverse Banks drop me a line. And yes, I should register continuous compliance as a domain name, I speak about it enough.

Special thanks are due to our AWS account team for organising meetings with the product teams, these are incredibly useful. It was really useful to discuss and feedback on everything from the security products roadmaps to ideas for Amazon Linux going forward with the people who can actually make a difference to these roadmaps. It was also nice to thank in person some of the people who have delivered enhancements for us in the last two years, it really does make our jobs easier and enhance the experience of our internal customers.

The one controversy of conference seemed to be around Corey Quinn, and if some of his live tweet were, in the words of Swift, “casually cruel in the name of being honest”. My take is as follows. Raw Twitter is like every other social media mess, but filter it to topics you care about, in my case AWS and Linux, and it becomes an incredibly useful professional tool. I’ve learned a ton of useful AWS information from following experts I  these fields and searching for topics. Corey was attempting to livestream the keynotes with a degree of snark and sarcasm to his analysis, and I spotted a lot of people following him at the conference. Humour is a tricky thing, I think 90% of his comments landed and one or two missed or could have been misinterpreted. That seems as good a ratio as anyone could manage and we wouldn’t follow him if the commentary was too dry. I don’t think it needed senior AWS figures responding as they did, AWS is a massive platform now and has a wide community around it, let’s not over police their comments.

So overall a brilliant and useful conference and thank to everyone involved. I met so many people I’ve worked with over the years and it was great to catch up face to face again. The rest of the stories have to stay in Vegas, and yes we did get the tiger home safely. 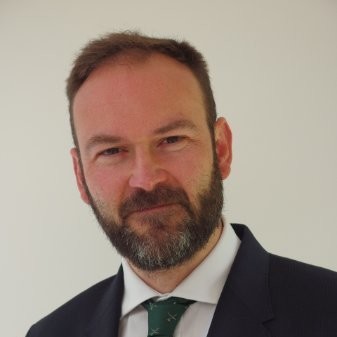 Community
EuropeClouds Summit 2021 -Gareth McCumskey- Event Driven Serverless Microservices
A very compelling, resilient and scalable way to build modern applications. Combining the powering of Serverless and Microservices in a way that makes you feel like a superhero while simultaneously saving money and getting results out faster for your customers. Isn't that what we all want?

MarkeTech
Community
EuropeClouds Summit 2021 -Liana Ziskind- Data Migration from one cloud provider to another
We will show the difference between the two approaches, the pros and cons of using each. Then we will dive into the native data clouds. Comparison of main features between the most popular data cloud providers will give you tools for better decision-making on the cloud platform that best fits your organization.

MarkeTech
Community
EuropeClouds Summit 2021 -Tejas Chopra Compression, Deduplication & Encryption in Cloud
We will cover some strategies for employing these techniques depending on whether an organization prefers client side or server side encryption, and discuss online and offline deduplication of objects.

MarkeTech
Community
EuropeClouds Summit 2021 -Apache Kafka and Flink: Stateful Streaming Data Pipelines made easy with SQL
In this session we'll explore how Apache Flink operates in conjunction with Apache Kafka to build stateful streaming data pipelines, and the problems we can solve with this combination.

MarkeTech
Community
EuropeClouds Summit 2021 -How to Improve Software Architecture Skills Daily
You are joining a meeting where someone presents a design review for a big new feature. You point out that something is a bad idea and they ask you why. The whole room is now looking at you and you just say "I JUST KNOW it's not going to work", but you don't know how you know.

MarkeTech
Community
EuropeClouds Summit 2021 -Serverless computing with Google Cloud, Wesley Chun, Google Cloud
App modernization is all about taking on-prem apps, getting them containerized, running on VMs, perhaps orchestrating with Kubernetes, and eventually into the cloud. Once you're far enough down this path, you'll come across "serverless."

MarkeTech
Community
EuropeClouds Summit 2021 -Accelerating Application Modernization and Cloud Migration with Redis, Allen Terleto, Redis
These digital transformations promised increased business agility, many stagnated due to limitations with legacy technology and a reluctance to migrate mission-critical applications to the cloud